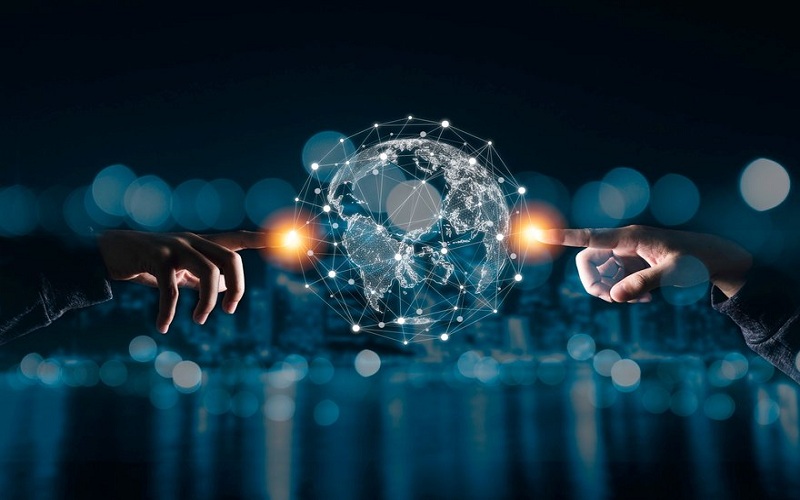 Ericsson on Monday announced a new company purpose and vision, alongside refreshed branding, as the vendor prepares to capture future emerging opportunities within the connectivity business.

Specifically, Ericsson’s stated purpose is: “To create connections that make the unimaginable possible.”

The new company vision is: “A world where limitless connectivity improves lives, redefines business and pioneers a sustainable future,” according to a report in the Fierce Wireless.

“For almost 150 years, our technology has transformed nearly every sector of society. The networks we build have already connected billions of people and soon they will connect almost anything and everything,” said Ericsson President and CEO Börje Ekholm in a statement.

“This era of hyper-connectivity is going to help to address major global challenges like climate change and digital inclusion.”

Scenarios of a hyper-connected world where the leading network equipment supplier wants to play a role include connected learning and workforce training, redefining entire business models with things like real-time data, reimaging entertainment with sense-driven internet via VR and AR experiences, and tackling the climate crisis with technologies like AI, 5G and IoT.

“Our vision imagines the future we can help to create for people, business, and the planet,” says Stella Medlicott, SVP and head of Group Function Marketing and Corporate Relations, Ericsson.

“Connectivity is key to reducing human impact on the planet and will help bridge the digital divide, but we also see the potential for our technology to touch even more parts of society.”

And the vendor said 5G platforms today are a fundamental first step. Ericsson is forecasting 3.5 billion 5G subscriptions and 60% global population coverage with 5G by 2026.

Roger Entner, industry analyst and founder of Recon Analytics, told Fierce that the best way to grow is to move into adjacent businesses, which is what he sees Ericsson shifting toward with the announcement.

“Ericsson needs to show a vision for growth because the equipment market on itself is flat or maybe even declining,” Entner said. “Especially with more vendors coming in and O-RAN.”

The Swedish vendor has focused on a cloud-native network portfolio but has been less enthusiastic about open RAN gear than some like Finnish competitor Nokia.

The refreshed branding and outline of future scenarios is, in part, about showing a role for Ericsson beyond just a supplier for service providers. Changing business models, tackling the climate crisis, and other areas mentioned above are ones that Ericsson will want to participate in, expand and grow from, Entner noted.

“I think the brand and the positioning is where the business will then go,” he said. “They need to go.”

Other vendors like Nokia have vocalized their own focuses, such as AI and software.

“That’s where they’re investing, where [Nokia] thinks that the puck is going,” he said, adding that all vendors do this to grow business and be successful.

One cautionary note, Entner mentioned is that Ericsson had challenges in earlier efforts to move into related business segments.

“They expanded quite significantly into adjacent markets and then struggled,” he said.

Ekholm in 2017 first announced a strategic turnaround plan including streamlined operations and increased investment in core areas after the Swedish vendor faced challenges with slowed 4G buildouts and increased competition.

Ericsson on Monday called out the successful completion of its financial turnaround in 2020, with a reinforced business strategy and growth ambitions in core business segments and the enterprise space.

As part of the new campaign, Entner expects to soon see examples of how the network equipment supplier helps limit global warming and rive decarbonization as part of the whole campaign.

Indeed, alongside the launch, Ericsson plans to roll out a series of stories, using print and digital media, to showcase what the future of so-called “limitless connectivity” can look like and what Ericsson can do in that world.

“I look at it as this is what Ericsson stands for and this is how we want to evolve,” Entner said of the move. 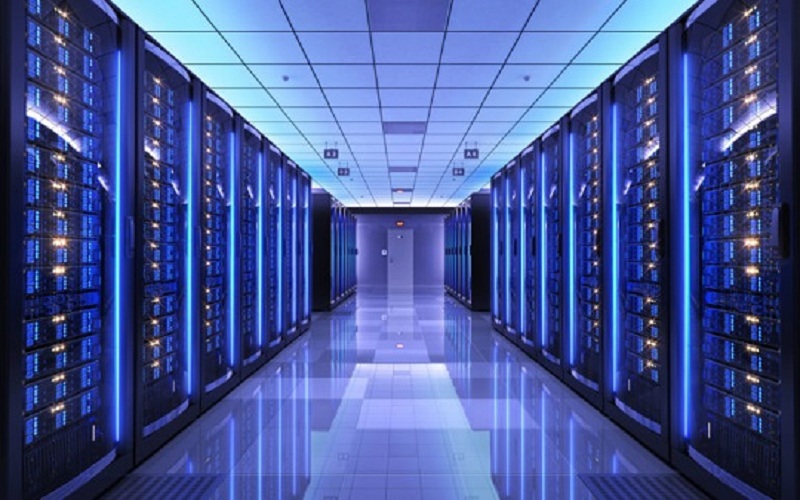 Barely four months after the launch of its Tier III facility at Appolonia City, Accra, Ghana, MDXi, a MainOne company, has announced the expansion of its data centre facilities in Lekki, Lagos, Nigeria.

This expansion tagged “Lekki II” will be the latest addition to the portfolio of MDXi, which is already the leading commercial data centre provider in the region.

The new Tier III data centre is being deployed on a very aggressive timeline and with provision for growth using the latest modular data centre technology to deliver unparalleled quality of services to our customers.

Gbenga Adegbiji, Chief Operating Officer, MDXi said, ”The Lekki II Data Centre will continue to deliver the same excellent services that our customers across West Africa have come to expect from MDXi”.

He expressed optimism that global organizations interested in establishing a presence in West Africa would enjoy the similar world-class quality of services offered in advanced markets with the new MDXi Lekki II, consistent with the experience with the existing Lekki facility.”

Its carrier-neutral data centres with a combined capacity of 5 MW across the key markets of Nigeria, Ghana and Cote d’Ivoire provide access to all leading internet exchanges, network providers and ISPs in the West African region. 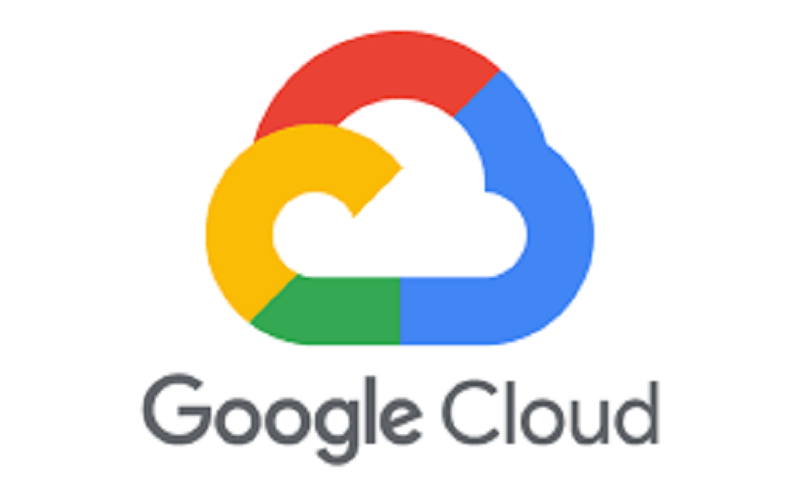 Alphabet Inc’s Google will tell its cloud customers the carbon emissions of their cloud usage and open satellite imagery to them for the first time for environmental analysis, as part of a push to help companies track and cut carbon budgets.

The new features were among announcements Google Cloud made Tuesday to kick off its annual customer conference, which is being held virtually this year due to the pandemic, according to a Reuters report.

The leading Western cloud vendors Google, Microsoft Corp and Amazon.com Inc have been competing on sustainability offerings for years.

They aim to serve companies that are under pressure from stakeholders to rethink operations in light of climate change.

Google’s new carbon footprint reporting tool, similar to one Microsoft already provides, shows the emissions associated with the electricity that was used to store and process a customer’s data.

In addition, Google will now warn customers when they are wasting energy on inactive cloud services.

The new mapping offering, Google Earth Engine had been used by tens of thousands of researchers, governments and advocacy groups since 2009.

But Google now is letting businesses in on the service, which includes many huge geospatial datasets such as Landsat and the software needed to analyze them. Amazon has a similar initiative.

“This is something we have now realized is applicable to a lot of these commercial opportunities,” said Jen Bennett, a technical director at Google Cloud.

Earth Engine could help ensure supply chains are sustainable and predict operation challenges from extreme weather, according to Google.

Unilever Plc, which tested the technology for the past 12 months, scrutinized its palm oil sources in Indonesia, though it could not be learned whether that led to any shifts in practices. 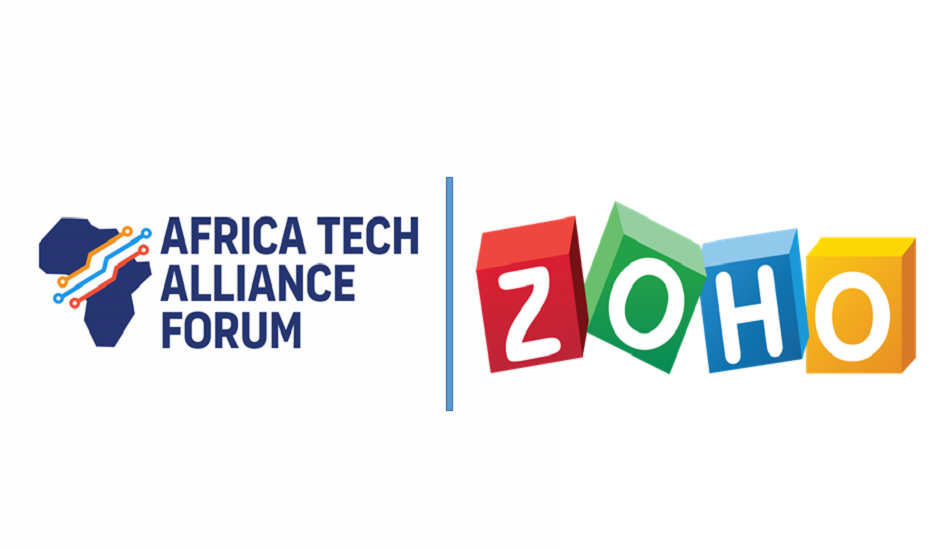 Organisers of Africa Tech Alliance Forum 2021 (#AfriTECH2021), has named Zoho Corporation as the lead sponsors of the event.

The hybrid event (both online and physical) will take place on Wednesday, October 13, 2021, at Oriental Hotel, Lekki Lagos by 10:00 am.

Olatomiwa Williams, Country Manager of Microsoft Nigeria will be presenting the keynote address.

Bourne will give rundowns on how participants and businesses can reimagine their CX (customer experience) journey during the post-pandemic.

The audience at #AfriTECH2021 will cut across C-Suite Executives, Founders, Presidents of Companies/Organisations, Presidents of Industry Associations, Startups/Entrepreneurs and Government officials, etc.

Peter Oluka, the editor of TechEconomy.ng, organisers of #AfriTECH2021, said in a statement, “We are happy to have Zoho partnering with us to make the event a memorable one. Having Zoho at the event is also unique because its array of products speaks to the central theme of this event.

“With 50+ apps in nearly every major business category, including sales, marketing, customer support, accounting and back-office operations, and an array of productivity and collaboration tools, Zoho Corporation is one of the world’s most prolific software companies.

“We believe that the participants will find reasons to adopt Zoho products to drive their post-pandemic digital transformation drives”. Oluka said.

“In a short period of time, COVID-19 has overwhelmed lives and livelihoods around the globe. For vulnerable individuals and the customer teams that serve them, it has also forced a rethinking of what customer care means.

“Suddenly, examinations of customer journeys and satisfaction metrics to inform what customers want has given way to an acute urgency to address what they need.

“Andrew, in this session, will share how care, creative thinking, and new tools can address customers’ acute needs today and forge stronger ties in the post-COVID-19 era”, he added.

More than 60 million users around the world, across hundreds of thousands of companies, rely on Zoho every day to run their businesses, including Zoho itself.

Participation at the Forum is FREE, but participants are expected to pre-register via the link: https://africatechallianceforum.africa/ to have the opportunity to witness the keynote address, goodwill messages, product launches, brand promotion, panel sessions and the inaugural AfriTECH Awards/recognition.

Kaspersky Blocks Over 30,000 Mobile Malware Attacks In Nigeria, 2 Other African Countries In 6 Months

Google To Invest $1billion To Support Digital Transformation In Africa