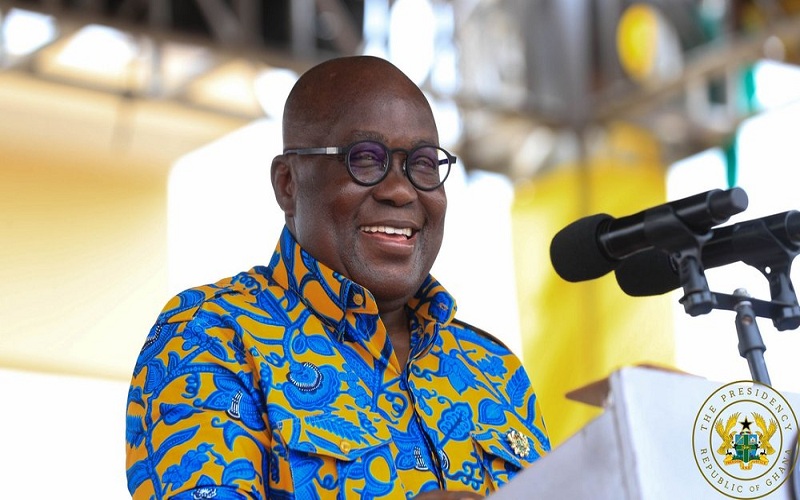 Ghana’s Minister of Communications, Ursula Owusu-Ekuful, has hinted that the government is considering plans to introduce a unified licensing regime for telecom operators, reports Myjoyonline.

Answering questions from the Appointment Committee of Parliament, Mrs Owusu-Ekuful said the move was in line with the administration’s goal to reduce the cost of internet access for consumers, hinting that such an option had become critical due to increasing data usage.

The proposed licensing regime would allow telecom operators to acquire one set of licences for both voice and data operations, rather than individual permits for each spectrum band.

“Moving forward, we will implement the unified licensing regime so that it doesn’t matter whether you have a 2G, 3G or 4G spectrum licence to deliver the services that you want for your customers,” she told the Appointment Committee.

Meanwhile, the Minister also confirmed that the government is in the process of taking over AirtelTigo, the country’s third-largest mobile network operator, after owners Bharti Airtel and Millicom International Cellular indicated last year that they wished to exit the Ghanaian market.

According to Prime News Ghana, ‘The government is in the process of taking over AirtelTigo. It is something we will do quickly. In view of the importance of this sector, the role it plays and the number of jobs that are supported by this entity, the government has decided that in the short term it will take over the assets and liabilities of AirtelTigo’, she told the Appointment Committee.

We Are Not Recruiting, NCC Warns The General Public 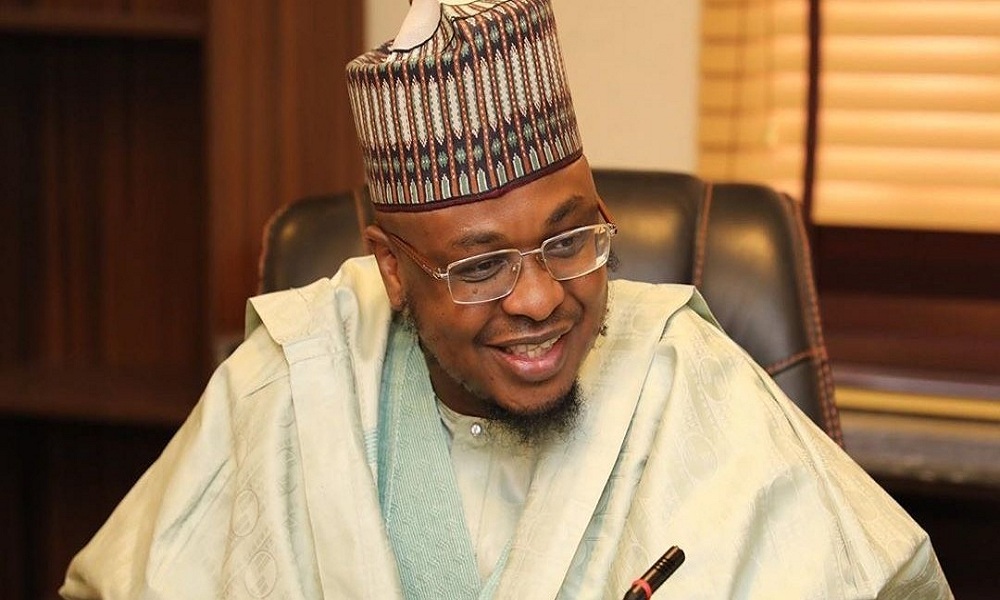 The Ministerial Task Force on the NIN-SIM registration has given approval to Mobile Network Operators (MNOs) for the establishment of dedicated SIM Swap Centres across the Local Government Areas (LGAs) in Nigeria.

This approval among other decisions was taken at the 4th Review Meeting of The Ministerial Task Force on the NIN-SIM registration held on Friday, February 26, 2021.

The meeting was chaired by the Honourable Minister of Communications and Digital Economy, Dr Isa Ali Ibrahim Pantami.

In a joint statement signed by Dr. Ikechukwu Adinde, Director, Public Affairs of the Nigerian Communications Commission (NCC) and Mr. Kayode Adegoke, Head, Corporate Communications of the Nigeria Identity Management Commission (NIMC), The Ministerial Task Force also approved the extension of the tenure of NIN Enrolment Agent Licenses for MNOs from 1 to 5 years in consideration of their satisfactory performance, subject to continuous monitoring.

The statement noted that “This is a deliberate effort of the Federal Government to simplify the enrolment process for Nigerians and legal residents.”

Other decisions reached at the meeting include: “The Technical Committee was mandated to complete the development of a new SIM issuance strategy that cannot be compromised.

“This will ensure that there is no repeat of the past process that was compromised through pre-registration by some agents; and

“A Multi-Sectoral Adhoc Committee was tasked to immediately complete the review of the processes for new SIM activations for legal residents staying in Nigeria for less than 24 months.

“The membership of the Committee was drawn from NCC, NIMC, Nigeria Immigration Service and the Association of Licensed Telecoms Operators of Nigeria (ALTON).”

The Meeting further directed that MNOs that already have Service Centres in important and critical locations in LGAs are expected to upgrade these Centres to a level where they can qualify as SIM Swap Centres in order to reduce the challenges associated with the SIM Swap/Replacement process for the citizens.

The purpose is to bring SIM Swap Centres closer to Nigerians regardless of their location.

The statement quoted the Minister as also tasking the Nigerian Communications Commission (NCC), working with the National Identity Management Commission (NIMC) and MNOs, to come up with a framework for the establishment of SIM Swap/Replacement Centres in each of the 774 LGAs in the country, beginning with critical and feasible locations.

Executive Vice Chairman of the NCC, Prof. Umar Danbatta, briefed the meeting on the outcome of the Senate Investigative Hearing on 5G Deployment in Nigeria, which took place on February 25, 2021.

He extolled the Honourable Minister for making an eloquent presentation to dispel fears about the public health and security implications of 5G, as well as making a case for this new technology in the country.

DigitalTimesNG understands that all stakeholders at the meeting agreed on the need for the country to deploy 5G technology.

The statement added that President Muhammadu Buhari was briefed on the activities of the Ministerial Task Force, adding that he strongly commended the achievement recorded so far and urged the Minister and other stakeholders to maintain the tempo.

Pantami also appreciated Nigerians for their patience and compliance with the Federal Government’s directive on the NIN-SIM registration exercise, which has many benefits to the country and its citizens.

He assured of the government’s commitment to continually take decisions aimed at easing the pains of the citizens with regard to issues related to NIN and SIM registration.

Key stakeholders that joined the Honourable Minister at the meeting included the EVC/CEO of the Nigerian Communications Commission (NCC), DG/CEO of the National Identity Management Commission (NIMC), DG/CEO of the National Information Technology Development Agency (NITDA), Comptroller-General of the Nigeria Immigration Service (NIS) and the Chairman of the Association of Licensed Telecommunications Operators of Nigeria (ALTON).

Others included the NCC Executive Commissioners for Technical Services and Stakeholder Management, MD/CEOs of MTN, Airtel, EMTS (9Mobile), NTEL, Spectranet and SMILE, as well as the COO of Glo. 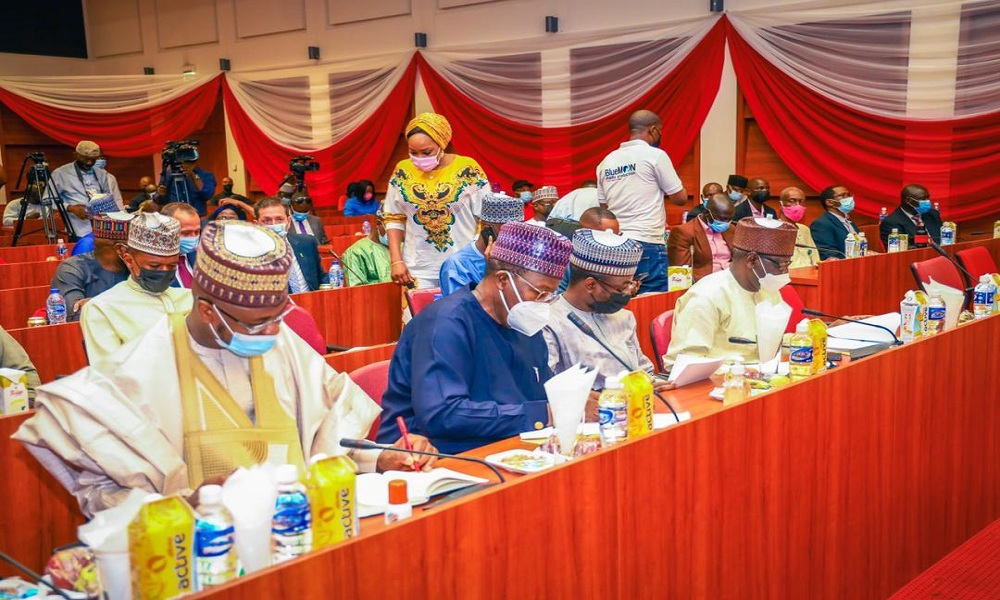 Minister of Communications and Digital Economy, Dr Isa Ali Ibrahim Pantami, has once clarified that there is no known scientific evidence to date suggesting that 5G poses any risks to public health and safety and therefore, allayed the fears of Nigerians on the deployment of the technology in the country.

Pantami made the clarifications when he, in the company of the heads of agencies under his ministry, appeared at an investigative public hearing by the Senate Joint Committee on Communications; Science and Technology; Information and Communications Technology (ICT) and Cyber Crimes; and Primary Health Care and Communicable Diseases, at the National Assembly Chamber in Abuja on Thursday, February 25, 2021.

The heads of agencies under the ministry, who were present at the hearing, include the Executive Vice Chairman of the Nigerian Communications Commission (NCC), Prof. Umar Danbatta; Director-General, National Information Technology Development Agency (NITDA), Kashifu Abdullahi and the Managing Director of Nigerian Communications Satellites Limited (NigComSat), Dr Abimbola Alale.

In his presentation, Pantami eloquently affirmed the findings from independent scientific reports published by the International Telecommunication Union (ITU) and the World Health Organisation (WHO), both agencies of the United Nations (UN), which clearly indicate that there is no health risks to human lives associated with the deployment of 5G.

The Minister said after the initial approval by the President which led to the commencement, in 2019 of 5G trial in selected locations in the country and the subsequent intervention of the National Assembly in 2020, seeking clarifications on probable health risks of 5G deployment, the Ministry had so far undertaken wide-ranging stakeholder consultations to ascertain the safety of 5G networks.

He explained that having aligned with the ITU and WHO reports and studied 5G deployment situations in many advanced countries where it has been fully deployed without any health risks, the ministry can affirmatively say that there are no health risks to 5G networks. 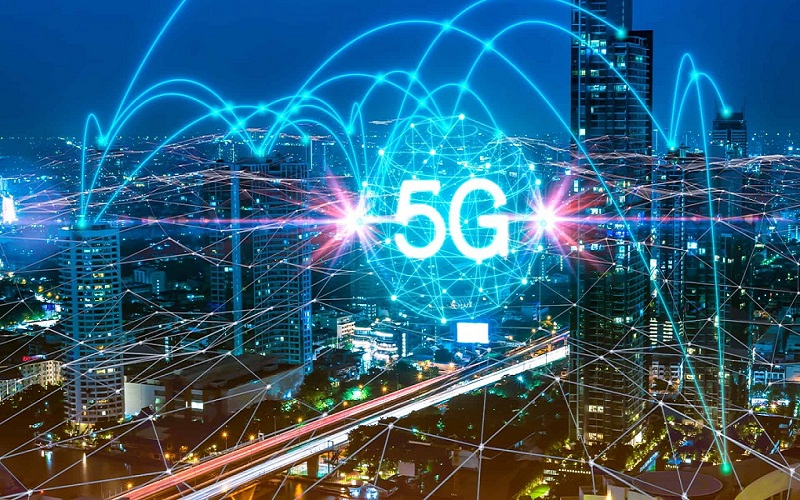 “To this end, we are also working on a 5G deployment policy that will take care of all security, health and safety concerns of Nigerians and we will get the nod of the President after all issues have been addressed before we proceed with our deployment, as we cannot afford to lag behind in the 5G revolution,” he said.

He clarified that 5G is an enhanced technology over the previous technologies of 4G, 3G and 2G, the three of which have more radiations than the 5G technology, adding that the “radiation from mobile technologies such as 5G is internationally certified by ITU and WHO as non-ionising, meaning such radiation does do not have harmful effect on human lives and it is far low compared with radiation from a microwave oven that individuals use in their homes.”

The stakeholders took turns to state their positions on 5G deployment and issues surrounding its health and safety concerns and almost unanimously aligned with the scientific reports from ITU and WHO cited by the Minister.

The President of the Senate, Dr Ahmed Lawan, had earlier in his address, said the Senate resolved on May 5, 2020, that the joint committee conduct the public hearing, following a motion of public importance and urgency by Sen. Uche Ekwunife, Chairman, Senate Committee on Science and Technology to resolve all public health and safety concerns around 5G before NCC can proceed with its deployment in Nigeria.

After listening to all the views and submissions by the various stakeholders, the Lead Chairman of the Senate Joint Committee, Sen. Oluremi Tinubu, said that the purpose of the public enquiry is meant to help clarify and allay the fears of any health concerns among Nigerians.

“We hope all the submissions here today which point to the same direction on the safety of 5G to human lives will put the mind of Nigerians at rest that there is nothing to fear. We also hope that Nigerians will be looking forward to having 5G deployed in Nigeria.”

Tinubu reiterated the commitment of the National Assembly to always take a neutral position on any issue generating public health, safety and security concerns among Nigerians until more clarifications are sought from concerned stakeholders. 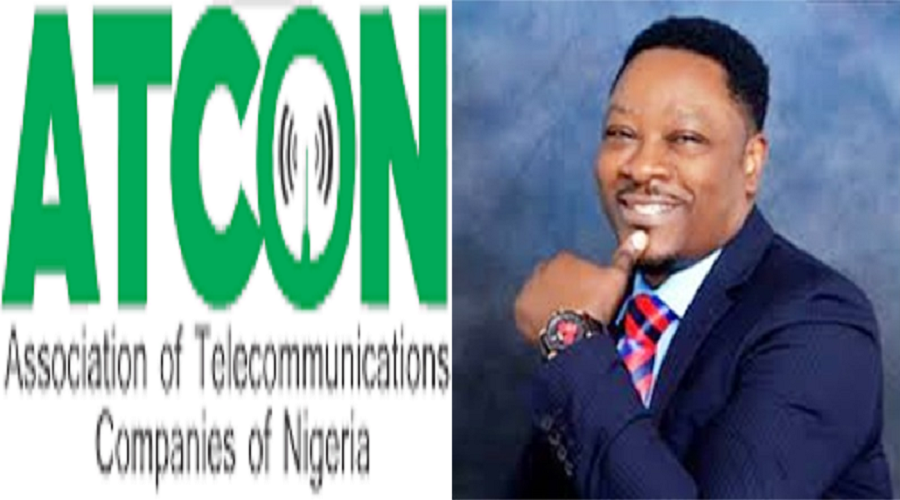 ATCON said in a statement signed by its National President, Engr. Ikechukwu Nnamani that “We at ATCON are happy to identify with the duo because their efforts have manifested in the publication of a book that captures the developments that the industry has recorded vis-a-vis law and regulation in Nigeria.”

The Association said that with the birth of the book, the telecom industry should expect among others, an increase in the flow of foreign direct investment as the book will give the potential foreign investors the opportunity to understand the laws that guide the industry and how the industry is regulated in terms of investment.

ATCON believes that the book would also serve as a yardstick for measuring the development of the industry even as it would give those that are just entering the industry a head-start because they are going to benefit immensely from the industry’s experiences that have been put together in a book format.

“Once more, we congratulate both of you and also enjoin you not to rest on your oars as the industry looks to read the second edition of this book in the next 5 to 10 years because of the nature of our industry which is highly dynamic,” ATCON said in the statement.

The book, “Nigerian Telecommunications Law and Regulation,” co-authored by Quasim Odunmbaku, a telecoms regulatory professional at the NCC and Rotimi Akapo, a lawyer, who specialises in Telecommunications, Media and Technology (TMT) practice, is written in 18 chapters and over 600 pages.

The official public presentation of the book was performed on Thursday by the Minister of Youth and Sports, Sunday Dare, who incidentally, was a former ECSM at NCC, and had worked closely with one of the authors.

The virtual presentation was witnessed by eminent Nigerians across the globe including ATCON President, Engr. Ikechukwu Nnamani, immediate past-President of ATCON, Mr Olusola Teniola as well as other industry stakeholders.