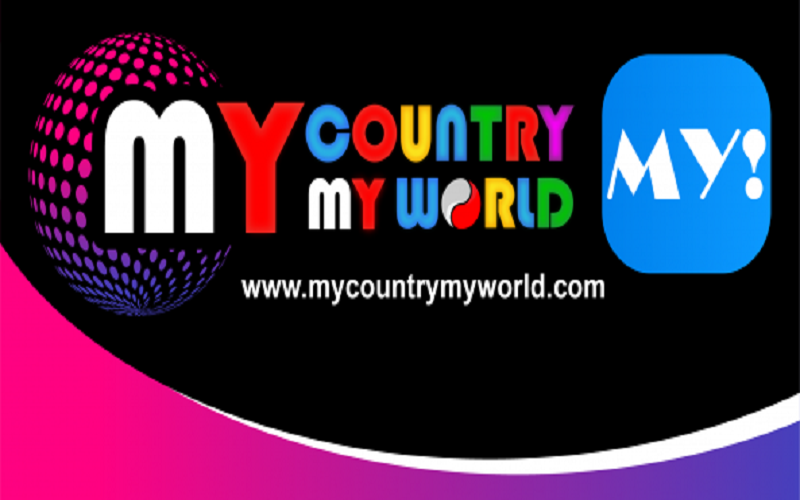 MyCountry MyWorld is set to launch MY!, a social media platform for Africans by Africans providing possibilities in world exploration by giving users the opportunity to bring their country and world to each other. MY!, will be launched in May 2021.

“Having developed the app over a period of two years, with a series of tests; we are now confident that the app is ready to be released to the world,” Samuel Zean Jr, Co-founder, MY!

With over 4 billion internet users across the world and growing by 332 million in the past 12 months and more than 900,000 new users each day, MY! presents a platform where these users especially from developing economies can tell their story their own way and own the platform.

Globally, internet user numbers are growing at an annual rate of more than 7½ per cent, but year-on-year growth is much higher in many developing economies.

“Majority of Africans complain of how African nations are portrayed by the western countries on both traditional media and digital media. The MY! app is developed by Africans for Africans to help change this narrative. Whereby, everyone is given a chance to tell their story their way,” Samuel Zean Jr, Co-founder, MY! said.

MY! is an inclusive social media platform that appeals to all age groups. The app provides unmatched user experience, engagement, interaction and entertainment.

The app’s interface is user friendly and easy to navigate through. It enables users to share content effortlessly, by providing feedback and updating a post status. It simplifies the collaboration between users and gives them the full visibility of content created.

Developed and founded by a small group of self-funded African immigrant community from Liberia and Sierra Leone who reside in Minnesota, the app is meant to take on both Facebook and Instagram.

“In a time of so much unrest, it brings hope to many seeing this diverse group of people coming together to create something special for the world,” said Adam Borgerding, VP of Operations, MY!

Furthermore, the app gives users the opportunity to retain the rights of authentication for their work. MY! allows its users to maximize their creativity to the maximum and rewards them for every uploaded post shared.

MY! will officially launch on May 10th, 2021 and will be readily available on Google Play and Apple Store. 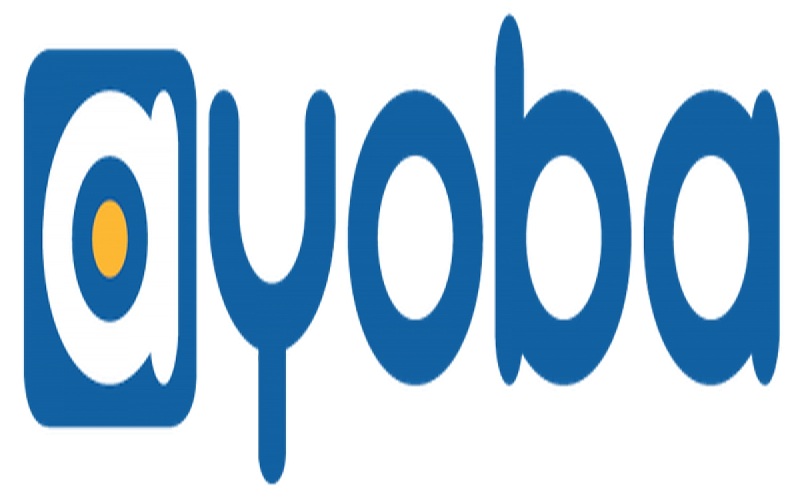 Ayoba, the African messaging app, has announced the launch of a new version of its Android app (0.38) which offers users access to voice and video calling.

This comes as the app celebrates its second birthday on the 4th of May 2021 with a user base of 5.5 million monthly users and an award for Best Mobile application late last year.

The updated app is already live and in use and is quickly proving popular, with thousands of calls going out across the world every day.

“Users have been asking us to support VoIP (Voice over Internet Protocol) calls pretty much since day one,” says Nolan Wolff, Head of Ayoba.

“And we are extremely pleased to be able to answer their call with this new release. All that’s required is for both parties to upgrade to the latest version of the Android app. This is available immediately from the Google Play Store and our website at ayoba.me.”

Ayoba has also launched ‘ayoba lite’, allowing users to message contacts from within a standard web browser, either from their desktop or a compatible smartphone.

Ayoba lite is designed as a ‘space saver’ for users who are short on memory space on their device and prefer not to download the app.

“Ayoba lite has been built as a progressive web app (PWA),” explains Wolff.

“This allows us to provide much the same core functionality as our full-featured Android app but contained within a standard web browser. This makes ayoba accessible to a very broad audience and we expect to reach an entirely untapped market segment.

“The initial Beta version of the PWA is independent of the Android app but it will evolve to allow a user to easily switch between platforms.”

Ayoba lite can be accessed on web.ayoba.me.

“5.5 million users is an immense milestone for a two-year-old application,” says Olivier Prentout, Head of Consumer Marketing at ayoba.

“It’s crazy to think that two years have gone by since we launched in Cameroon as our first territory and initial partnership with MTN.  The app has changed so much, adding channels, music, games, micro-apps, MTN MoMo in some territories and more.

“Localisation has been a key focus for us and we are very proud that users can access the app in 22 languages.”

Prentout continues, “We have over 130 content channels in 7 languages including Arabic, Dari, Pashto, IsiZulu, English, Kinyarwanda and French to name a few.  There is something for everyone. Help is available to all users with our in-app How To channel or via our virtual assistant Aya.”

The two years have indeed been very busy, and also very rewarding, culminating in the achievement of the Africa Digital Award for Best Mobile Application in November 2020, in a voting process involving both industry judges and the public.

The company recently reassured its users that it’s not possible for messages in the app to be read by anyone, or shared with any third parties. The app features peer-to-peer private messaging which is end-to-end encrypted.

A user’s contacts and location are only available to other users if explicitly shared by the account owner. Users can feel confident that their private data will remain private, and is treated with the utmost care and respect.

In partnership with MTN, MTN customers are automatically allocated free data to use ayoba features. Allowances range from 50MB daily to unlimited usage, depending on the country (with the exception of Benin).

Free data allocations can be used for all activities available in the app – including messaging, browsing, gaming and listening to music, and customers can also download the app data free at www.ayoba.me. Users are advised that voice and video calls are excluded from the free data provisions.

Ayoba is enjoying a busy 2021, with many upgrades and additions planned to its extensive list of features, including exciting new content in Channels and local MicroApps from across Africa.

Sengupta’s departure comes amid a boom in the digital payments business in India, where the sector is expected to more than double in size to $135 billion in 2023 from two years ago, according to ASSOCHAM 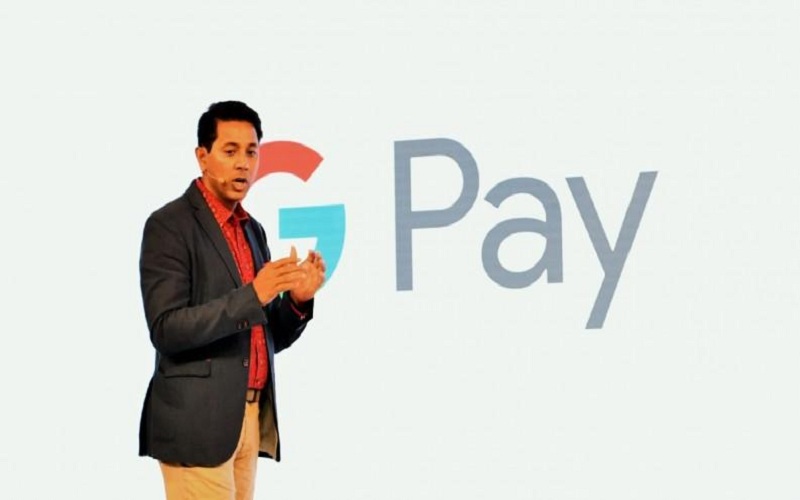 Sengupta has played a key role in the development and launch of a host of products during his time at the firm, including leading the ChromeOS team behind the development of Chromebooks.

Currently Google’s head of payments and lead on the tech firm’s Next Billion User’s initiative, Sengupta has been the driving force behind Google’s Pay growth in India, and its roll out to over 30 countries, amassing 150 million users worldwide.

He also led the recent relaunch of the app in Singapore and the US ahead of its forthcoming evolution into a gateway to a full bank account.

Announcing his decision to step down in a LinkedIn post, Sengupta says: “My last day at Google will be April 30th. I haven’t decided what I will start next.

“I remain very positive about Google’s future but it’s time for me to see if I can ride without training wheels.”

“…Caesar has played a key role in starting, building and leading initiatives such as ChromeOS, Next Billion Users and Google Pay. We are excited to see what he builds next and wish him the best in his new journey,” a Google spokesperson said in an emailed statement.

Sengupta’s departure comes amid a boom in the digital payments business in India, where the sector is expected to more than double in size to $135 billion in 2023 from two years ago, according to Indian industry body ASSOCHAM. 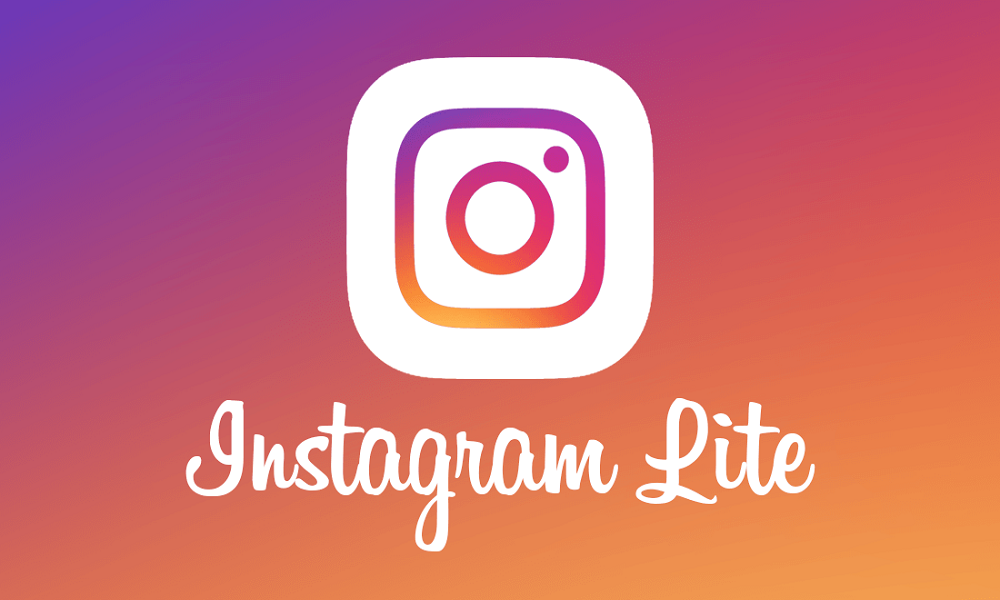 Facebook has announced the launch of Instagram Lite to Sub-Saharan Africa, a new, lightweight version of the Instagram app for Android that uses fewer data and works well across all network conditions.

The new version of Instagram Lite for Android is less than 2MB in size, making it fast to install and quick to load. It also has improved speed, performance, and responsiveness.

Instagram Lite not only works similarly to the Instagram app for Android, but it allows the Instagram experience to remain fast and reliable for more people, no matter what device, platform and network they use.

Engineering Manager for Instagram Lite, Peter Shin said, “Connectivity in the region can be unstable, slow and expensive, making it challenging for people to have a high-quality Instagram experience.

“Many people were already familiar with the concept of a Lite app after the successful roll-out of Facebook Lite some years ago.

“Our team aims to leave no one behind, so today we are very excited to bring Instagram Lite to people in over 170 countries, including the entire Sub-Saharan Africa region,” he added.

Instagram Lite is similar to the core Instagram app experience, though some features are not currently supported, such as Reels creation, Shopping, and IGTV.

Instagram Lite is likely to gain appeal to users in locations with limited bandwidth or high data costs, especially in the developing world.

Instagram Lite is currently rolling out in over 170 countries, and Facebook remains committed to building and improving the app to help everyone in the world connect to the people and things they love.

We Are Keen On Balancing Healthy Competition With Disruptive Technologies- NCC