HP, Monday revealed the results of its first education-focused survey in Africa, which sheds light on teachers’ skillsets and how learning experiences for students can be improved in South Africa and Nigeria.

The research supports HP’s education programme in Africa, which aims to provide the right technology and skills to the education sector.

As the effects of the pandemic continue to be felt on the education system, schools must navigate the imperative to catch up with national curriculums whilst providing future-proof classrooms and learning environments.

“Teachers perform a pivotal function in our society, not only in shaping the minds of future leaders and preparing students to take on the jobs of the future, but also inspiring and enabling better learning outcomes,” says Brad Pulford, Managing Director of HP Africa.

Understanding the realities of 21st-century teaching, 10 skills were identified in the study as crucial to future-proofing learning. The majority (7 in 10) of teachers surveyed agreed that creative, innovative, critical, and entrepreneurial thinking, as well as digital literacy, are very important.

Crucially, one in three teachers say they could benefit from additional training to improve their skills in the above-mentioned areas, and that the development would have an enormous impact on the pedagogy.

Educators face numerous challenges which can negatively affect teaching outcomes, such as a lack of basic materials.

82% of teachers surveyed noted access to instructional materials and supplies as a problem, and a further 89% said access to adequate technological resources is an issue – a crucial aspect of teaching that has been overlooked for over a decade but has been brought to the fore by the pandemic.

Still, an overwhelming majority, 95%, believe that technology can have a positive benefit in the teaching environment and can raise learners’ engagement in lessons.

The Covid-19 pandemic thrust the importance of technology in classrooms into the spotlight, bringing new opportunities and pressures to teachers around the world.

The shift has not been without difficulties, with 45% of teachers ranking ICT skills as a challenging facet of the role – outpacing other elements like active teaching, homework marking and lesson planning.

At the same time, 85% of survey respondents confirmed new skills in this area would have the greatest influence on their ability to teach.

Beyond technology, at least 50% of teachers report having too many learners in their classrooms which impedes quality learning, and 71% say they require more time to assist individual learners.

Luckily, despite these challenges at least 95% of teachers are optimistic about their jobs and roles in shaping the future leaders of tomorrow. 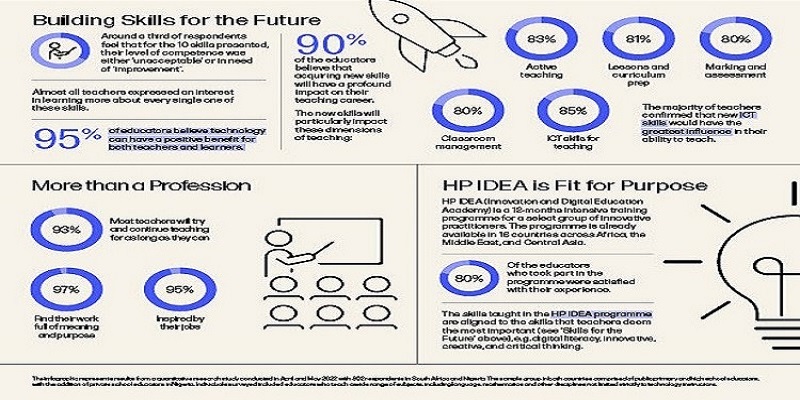 This immersive teacher development programme is designed to enable educators to develop and access new learning modalities in select schools in South Africa, Nigeria, and other 14 markets across Africa, the Middle East, and Central Asia.

“Through the HP IDEA programme, our aim is to ensure that educators are equipped with the latest tools and best practices in teaching and learning, and ensure they too are ‘future-fit’.

“Understanding the educational landscape and where we can provide support and expertise is key to its success,” Pulford adds.

Pulford concludes: “We aim to expand and evolve HP IDEA through partnerships with local governments and complementary support for educators to ensure that drives results in the lives of pupils – collective action will make a real impact.”

Highlights of the report showed that the war on the ground between Russia and Ukraine continues to be accompanied by attacks targeting the spread of information. 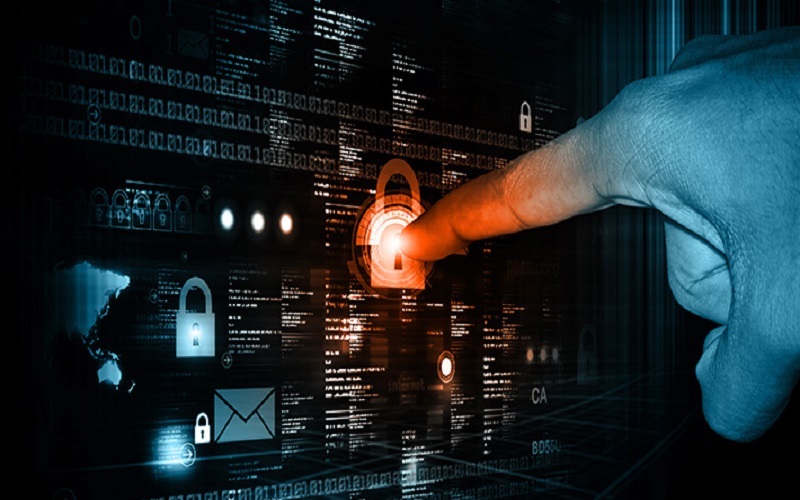 A recent CloudFare DDoS report for 2022, has shown that Q2 of 2022 Q2 witnessed some of the largest attacks the world has ever seen including 26 million requests per second HTTPS DDoS attacks.

These attacks were automatically detected and mitigated by CloudFare, in addition to attacks against Ukraine and Russia continuing, whilst a new Ransom DDoS attack campaign emerged.

Highlights of the report showed that the war on the ground between Russia and Ukraine continues to be accompanied by attacks targeting the spread of information.

Broadcast Media companies in Ukraine were the most targeted in Q2 by DDoS attacks.

On the other hand, in Russia, Online Media dropped as the most attacked industry, replaced by Banking, Financial Services and Insurance (BFSI) companies.

Almost 45% of all application-layer DDoS attacks targeted the BFSI sector. Cryptocurrency companies in Russia were the second most attacked.

In terms of Ransom attacks, June 2022, saw a peak to the highest of the year Overall in Q2, the per cent of Ransom DDoS attacks increased by 11% QoQ.

The Aviation & Aerospace industry was the most targeted in Q2, followed by the Internet industry, Banking, Financial Services and Insurance, and Gaming / Gambling in fourth place.

The top attacked industries were Telecommunications, Gaming / Gambling and the Information Technology and Services industry.

Commenting on the report, Bashar Bashaireh, Managing Director, Middle East & Turkey, Cloudflare says, “Cloudflare’s mission is to help build a better Internet. A better Internet is one that is more secure, faster, and reliable for everyone even in the face of DDoS attacks.

“As part of our mission, since 2017, we’ve been providing unmetered and unlimited DDoS protection for free to all of our customers. Over the years, it has become increasingly easier for attackers to launch DDoS attacks.

“But as easy as it has become, we want to make sure that it is even easier and free for organizations of all sizes to protect themselves against DDoS attacks of all types.” 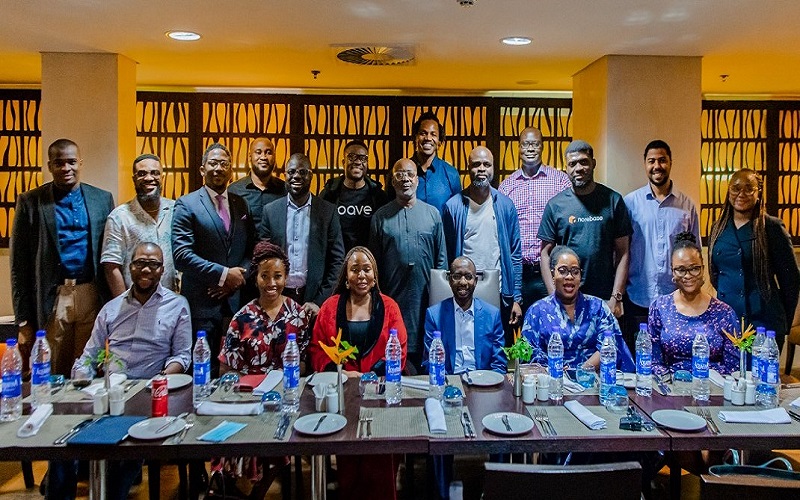 Mr. Kashifu Inuwa, NITDA DG (sitting third from right) flanked by others at the meeting

Director-General, National Information Technology Development Agency, NITDA, Kashifu Inuwa, has reiterated the Agency’s commitment to giving the startup ecosystem the needed support to boost the sector’s contribution to the economy and strengthen the value chain.

Inuwa made the pledge during a dinner meeting with some key stakeholders of Lagos Ecosystem, including representatives from Microsoft, MasterCard, and Norebase, among others.

While suing for trust, and strengthening the value chain deliberated on the best way to accelerate growth and support startups in the country, he said “there are lots of distrust within the government and the ecosystem, so much that the only way to engender trust between the two entities is to have this conversation.”

The Director-General assured the group of his unrelenting support to the ecosystem which he maintained would be his return base upon retirement from government service, and emphasised the need for collaborations across the board to achieve a faster and more sustainable digital economy.

“We cannot succeed in isolation; we need each other to succeed. Innovation is not distributed evenly across the world. Innovation and the digital economy are about humans”.

“A company is as good as its next product and its products are as good as the person or people who make them. This underscores the relevance of talents. If you don’t have the requisite skills and talents, then it is no deal,” he added.

The NITDA DG seized the opportunity to share his thoughts on different issues bordering on investments, partnerships, commercialisation of innovations, enabling policies and acquisition of relevant skills as well as training.

“At NITDA, we are reenacting our act and laws to make it more robust so that we protect the ecosystem,” Inuwa stated.

The NITDA boss whose friendly body language gave the forum some sort of a relaxed atmosphere was keen on listening to their opinions and suggestions on how to get the ecosystem to perform much better.

“The sector we are in is dynamic and we must move with its pace, so we don’t play catch-ups or get left far behind. We must disrupt the way we do things and bring to bear professionalism, innovations that will solve indigenous problems but have a global impact,” the DG urged.

While taking turns to share their ideas and challenges, some of the representatives touched on diverse areas of concern and specialisations, including soliciting for government support in the development of hardware space, funding, talents, procurements, local content enforcement, mitigating gateways, policy timings and changes, data protection and management, digital skills framework, standardisation and others.

Reacting to their comments and questions, the Director-General extensively explained the efforts of NITDA under the supervision of the Federal Ministry of Communications and Digital Economy and by extension, the Federal Government in addressing most of the issues deliberated.

The Start-up Bill was also on the front burner of his response as the DG quickly reminded them that most of the concerns raised would soon be rested, given the recent passage of the Bill into law by the National Assembly.

He assured the startups of a speedy and effective implementation of the bill to deal with the bottlenecks experienced in the process, and fast-track the anticipated growth of the ecosystem.

Moreso, Inuwa highlighted the Code of Practice for Interactive Platforms as another document that is expected to engender appropriate monitoring to enforce compliance to established regulations guiding the sector, while seeking their contribution to the document.

“We need to decide what and what the right regulations are so that every startup and industry player would have a Code of Practice that works for everyone and is adhered to the letter. Also, I think we need to form a union for Startup Ecosystem,” Inuwa added.

The engagement with the Lagos ecosystem ended with a resolve by all parties to forge ahead against all odds but not just as an ecosystem but more united and prepared for future tasks.

The meeting was part of NITDA’s stride towards making Nigeria a talent hub for Africa and possibly the digital world, especially as there are several reports indicating a global talent shortage. 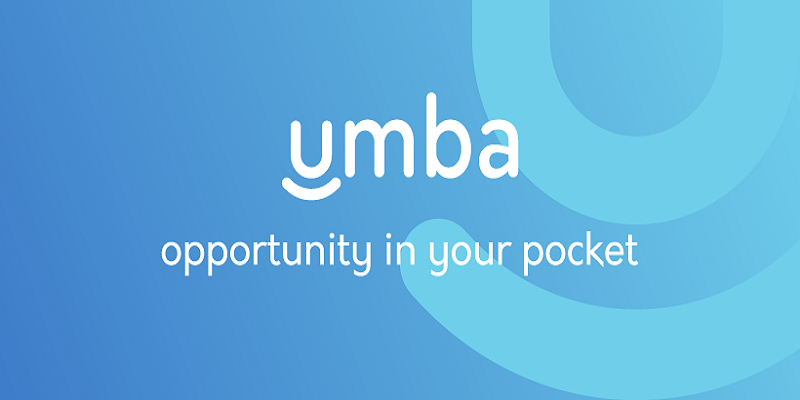 The Central Bank of Kenya (CBK) has announced the acquisition of 66.06 per cent shareholding of Daraja Microfinance Bank (Daraja MFB) by US-based fintech company UMBA.

UMBA fintech is incorporated in the State of Delaware, United States of America and has its headquarters in San Francisco, California. The company has operations in Kenya and Nigeria.

In Kenya, UMBA operates a non-deposit-taking credit business through its subsidiary UMBA Technology. In Nigeria, it operates in partnership with a licensed bank to offer digital banking services.

Daraja MFB was granted a license by the Central Bank of Kenya on January 12, 2015, to carry out community microfinance bank business within Dagoretti Division of Nairobi County.

The MFB’s Head Office and branch are located at Dagoretti Corner, Nairobi. The MFB’s target market is Micro and Small Enterprises. It is categorised as a small microfinance bank with a market share of below 1 percent of the microfinance banking sector as of March 31, 2022.

Analysts say the investment by UMBA will strengthen Daraja MFB’s business model. In particular, it will support the digitalization of Daraja MFB as it moves to provide ‘anytime anywhere’ services to its customers.

This is aligned with CBK’s vision of a microfinance banking sector that works for and with Kenyans.

CBK welcomes this transaction which is a critical component of Daraja MFB’s transformation plan. It will strengthen Daraja MFB and support the stability of Kenya’s microfinance banking sector.