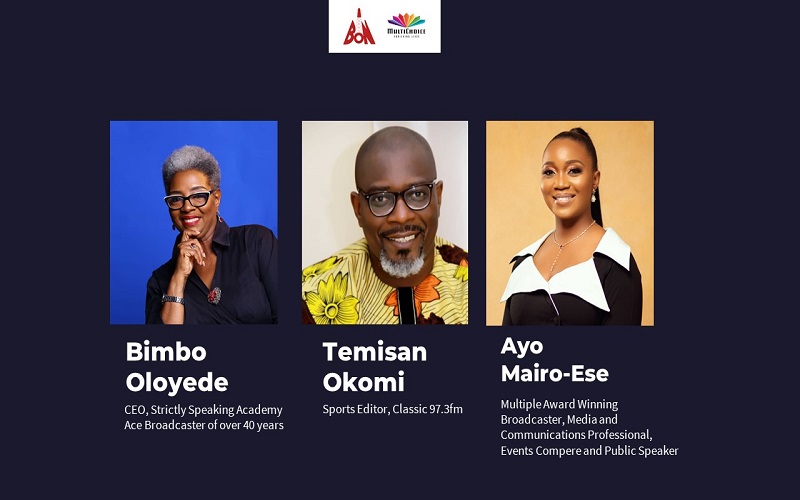 The five-day virtual training programme, which held between 11 and 15 July, is part of the company’s commitment to elevating the standards of the broadcast profession in Nigeria.

“At MultiChoice, we believe that our industry is only as good as the quality of its people. For this reason, we pledged to train and upskill 1000 BON members and are focused on keeping that promise.

“We are confident that with the engagements and interventions the trainings provide, participants will return to their bases with a renewed set of knowledge, skills and motivation to be the very best and in turn, elevate the quality of experience viewers and other stakeholders have of the industry,” Ugbe said.

Participants were trained in storytelling and presentation, changing role of local television sport, anatomy and techniques of interviews, and ethical communication for professionals and news anchor in action among others.

The first edition of the training held at the MultiChoice Nigeria Studios, Lagos, between March and April 2022.

-Says Fine Must Be Paid On Or Before August 30

The National Broadcasting Commission (NBC) has imposed a fine of N5 million each on Multichoice Nigeria Limited, owners of DSTV, TelCom Satellite Limited (TSTV), and NTA-Startimes Limited for broadcasting a documentary by the BBC Africa Eye titled, “Bandits Warlords Of Zamfara”.

Also fined the sum of N5 million was Trust Television Network (Trust TV) for the broadcast of another documentary titled, “Nigeria’s Banditry: The Inside Story”, which was aired by the station on March 5, 2022.

NBC made this disclosure in a statement titled: ‘NBC Sanction PayTV Platforms’ which was issued on Wednesday. August 3, 2022, and signed by its director-general, Balarabe Shehu Illela.

DigitalTimesNG recalls that last week Thursday, the Minister of Information and Culture, Lai Mohammed, noted that the Federal Government would sanction Trust TV and BBC for “terrorism glorification” in their documentaries.

Mohammed said the federal government was aware of the “unprofessional” documentary by the BBC Africa Eye, where interviews were granted to bandit warlords and terror gangs, thereby promoting “terror” in the country.

While acknowledging the need of educating, informing, and enlightening the public on issues bordering on developments and happenings within and outside the country, the Commission in the statement, advised broadcasters to be circumspect and deliberate in the choice and carriage of contents deleterious to Nigeria’s national security.

Consequently, NBC said the airing and carriage of these documentaries, contravened the provisions of the Nigeria Broadcasting Code, Sixth edition.

The relevant sections cited include “3.1.1: No broadcast shall encourage or incite to crime; lead to public disorder or hate, be repugnant to public feelings or contain an offensive reference to any person or organization, alive or dead or generally be disrespectful to human dignity;

”3.12.2: The broadcaster shall not transmit a programme that incites or likely to incite to violence among the populace, causing mass panic, political and social upheaval, security breach and general social disorder; and

“3.11.2: The Broadcaster shall ensure that law enforcement is upheld at all times in a manner depicting that law and order are socially superior to, or more desirable than crime or anarchy.”

NBC said the imposed penalties on the broadcast media platforms and station were to be remitted not later than August 30, 2022.

While warning that failure to comply with this directive will lead to the imposition of a higher sanction as provided in the Code, the NBC enjoined broadcasters to be instruments of national unity and desist from falling into antics of using their platforms to promote and glamorise subversive elements and their activities.

“Please note that every broadcast station or platform is responsible for the content it transmits or transmitted on its platform, and shall be held liable for any content in violation of the Nigeria Broadcasting Code,” the Commission added. 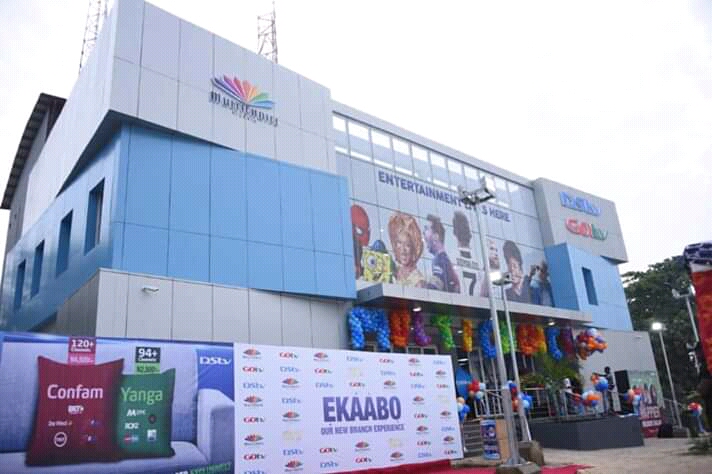 At the hearing, MultiChoice asked the tribunal to decline to hear the suit challenging the increase of the subscription fees for its television services on grounds of jurisdiction.

Onifade and the Coalition of Nigeria Consumers had dragged MultiChoice, the operators of DStv and GOtv platforms, to the Tribunal following the announcement by the company in March 2022, that the subscription rates for the various bouquets on its platforms will go up on 1 April 2022.

In the suit in which the Federal Competition and Consumer Protection Council is the second defendant, Onifade prayed the tribunal for an order restraining MultiChoice from increasing the subscription rates for its services and other products pending the hearing and determination of the motion on notice dated and filed on March 30.

The claimant also asked the Tribunal to make an order directing MultiChoice to adopt pay -as- you- view subscription model for its pay-TV services.

The Tribunal had in its ruling on the ex-parte application on 30 March directed the parties to maintain the status quo pending the determination of the whole suit.

Onifade had during the hearing of the suit on  April 11, indicated that he had filed a written address and contempt proceedings against MultiChoice for allegedly disregarding the tribunal’s order not to increase its subscription rates made on March 30.

At the resumed hearing of the suit on Thursday, the tribunal took all pending applications.

Key was the application by MultiChoice challenging the jurisdiction of the Tribunal to hear the suit.

Barrister Jamiu Agoro, counsel to the pay television service provider, argued that the Tribunal cannot hear the suit because, by Section 47 of its Act, it can only listen to appeals on matters that have been decided on by the FCCPC.

Agoro argued that if the claimant feels aggrieved by the decision of MultiChoice, he should have approached the FCCPC with his grievance.

He added that it is after the Commission has ruled on the matter that he can approach the Tribunal if he is not satisfied with the ruling.

Agoro also argued that the application for contempt filed against it by Onifade is incompetent because it was not personally served on the company.

The company also argued that the preservative order was made on  30 March 2022 when the order it ought to preserve had already been perfected and completed.

It, therefore, said “granting the application will set a dangerous precedent that a party could be penalized for an order already completed.”

The company also argued that it cannot be held in contempt for an order which it has already asked the Tribunal to set aside.

While disagreeing with the submissions of MultiChoice lawyer, Onifade urged the Tribunal to grant requests of the claimants to preserve its integrity and engender confidence in consumers across the country about its capability to protect them.

However, the Tribunal was forced to adjourn as the MultiChoice lawyer said he is not ready to reply to the originating summons filed by the claimant.

Agoro had told the Tribunal that he thought only the various applications were scheduled for hearing on Thursday.

But the three-member tribunal headed by Thomas Okosun said there was an order for counsels to the parties to argue on all the applications and the originating summons at Thursday’s hearing.

Consequently, the Tribunal said its ruling/decision on the applications taken on Thursday, will be contained in the judgment to be delivered in the case after an argument on the originating summons that was adjourned to Monday, 25 July, 2022. 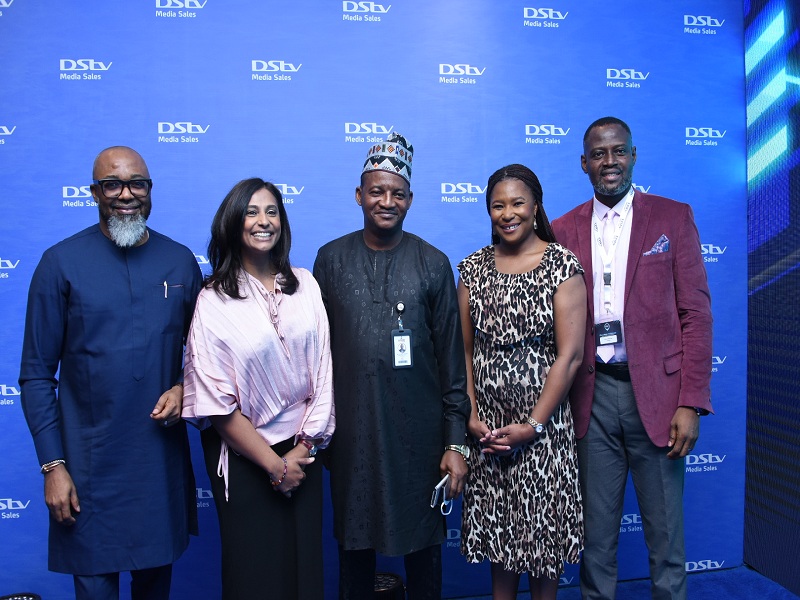 Chief Executive Officer of MultiChoice Nigeria, Mr. John Ugbe, has declared that the company is committed to the production and broadcast of content that aligns with the consumption and technology preferences of its subscribers.

Ugbe made the declaration in Lagos recently at the annual DStv Media Sales (DMS) Workshop, held in collaboration with the Media Independent Practitioners Association of Nigeria (MIPAN), at Radisson Blu Hotel, Ikeja.

He explained that the company can only retain the loyalty of its subscribers through the continuous broadcast of content that meets their taste, adding that this will help strengthen the connection with customers and provide a platform for advertising.

“One of the keywords that we consider central to today’s workshop is the word attention. And the only way we can attract and keep attention is by placing the right content on our platform.

“And to deliver this content depends on a lot of things such as technology, creativity around the content and the devices.

“The aim is to continue to grow the platform to a bigger platform and to attract a lot of attention. That attention will help us create a deeper connection with the audience and generate advertising revenue,” Ugbe said.

He noted that MultiChoice has been able to produce compelling content that has enjoyed huge viewership and provided a strong platform for advertisers to grow their businesses.

For example, he said, Abeg, headline sponsor of the sixth edition of the BBNaija, grew its users from 20,000 to 1.8 million after it got exposed to the show’s over 40 million viewers within three months.

She noted that the company delivers its services to over 20 million households in Sub-Saharan Africa.

She added that the company prioritizes investment in technology to keep ahead of trends in content consumption and to deliver innovative solutions for businesses’ advertising needs.

He explained that amid the controversy surrounding AISOP, the framework was birthed by the need for reform in the advertising industry through a standard framework to guide the interactions between advertisers and advertising agencies.

“The Advertising Industry Standard of Practice (AISOP) is a business framework that seeks to improve mutual respect, eliminate unfair advantage, unethical practices and inequitable interactions among relevant stakeholders in the industry.

“We have approached the National Assembly and we have the approval of the Senate Committee on Information to proceed with this (AISOP).”

He assured stakeholders present at the workshop that AISOP is not targeted at any group but designed to improve industry practice standards.